I love meeting new people. My sister’s friend and co-worker went on vacation with us and shared a room with her. She was a barrel of laughs. Super duper smart. She’s a nurse practitioner and really knows her stuff. Book smarts galore.

Common sense? Welllllllll, maybe she’s a bit on the ditzy side. And she has no filter whatsoever. This combination of no filter and ditz just made me very happy all week. She’s one of those people that just has weird shit happen to them all the time.

Now, I already know that just posting B-isms is not going to be nearly as funny for you as it is for me, but I giggle in my head (and sometimes out loud) when I think about some of the conversations we had during our week+ vacation.

My sister kept copious notes during the whole week. She wrote down everything that made her laugh, along with keeping a journal each day during the cruise. Many fun things to look back no. I’m fairly certain that I want to take B on every vacation with me just for the sheer entertainment value.

In case I haven’t already mentioned it, we had a GREAT time on our vacation! 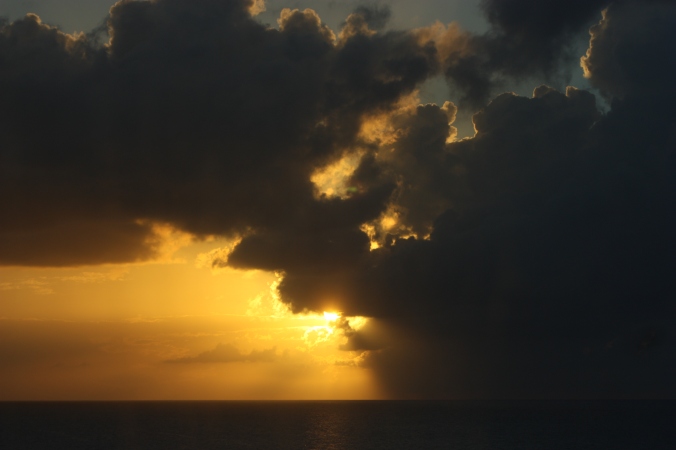 Just because – nothing to do with this post – Deal with it!

Looking For Something Specific?

Our family is made of four boys and two girls. They make life interesting, busy, crazy, wild, and just the way we like it!

I have no idea what I'm doing